Sass Winery has a perpetually evolving goal: To grow the best grapes we can and produce the best wines possible, wines that reflect the character of each vineyard – and to provide a strong value, and maybe have some fun doing it, too.

The winery started as a daydream for amateur winemaker Jerry Sass in the late 1980s. Those were days of  trial and error, of watching kids “help” by accidentally sitting in the picking boxes full of grapes; of being surprised at how much we could learn each day.

After looking for two years, we found an empty piece of ground: 19.4 acres of rolling hills that had been most recently a grass seed farm. The neighbors, descendants of the family that had farmed the area since the 1880s, remembered that through the years the farm had been planted with strawberries, raspberries, blackberries, plums and cherries. 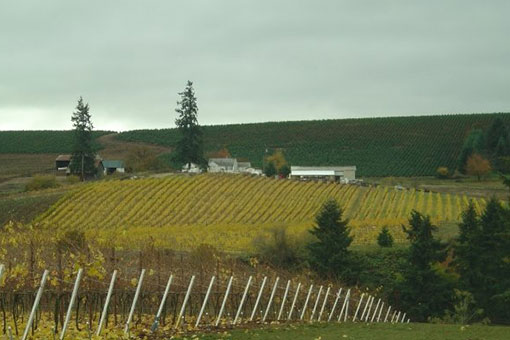 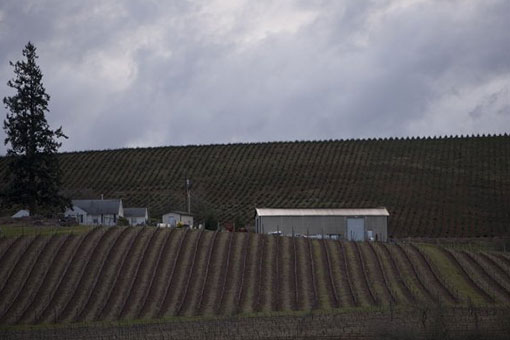 It had been used to grow grass seed in the 1970s and 1980s, and the seed crop had been harvested and the land sterilized by burning when we first saw it in late 1988. It was about as naked as land can be. After we purchased it, we planted the first two acres of own-rooted Pommard-clone pinot noir in 1989. The ancestors of our vines were from vineyards planted for Knudsen-Erath (now Erath) Winery in the 1970s.

In 1995 we broke ground for the winery building. It’s a heavily insulated barn that has been sunk four feet in the ground at the south end so that our crush pad is a bit more than four feet higher than the winery floor. Gravity, then, can power the harvest and other winery work. Winemaker Jerry Sass was part of the building crew. The building was finished in the spring of 1996 and licensed and bonded that fall.

We spread some gravel for outside production and parking, then added a concrete work area outside the main winery door in 2008. We covered that area in 2009 so we’d have workspace sheltered from fall rains that usually arrive right at the end of harvest.

It’s not as grand as a chateau in Bordeaux, but it’s a place that a winemaker from anywhere in the world would instantly recognize as a working winery. And the views across the valley toward snow-capped Mount Jefferson are wonderful, as is the wind that seems to freshen and blow every night across the Christmas tree farms above and to the west of us. 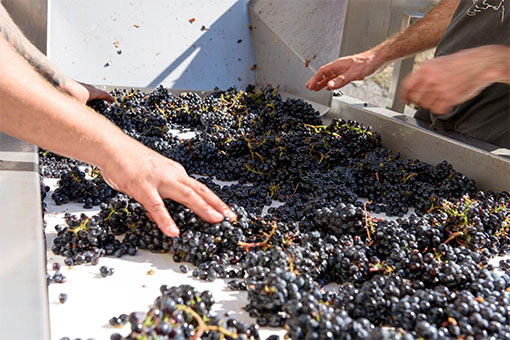 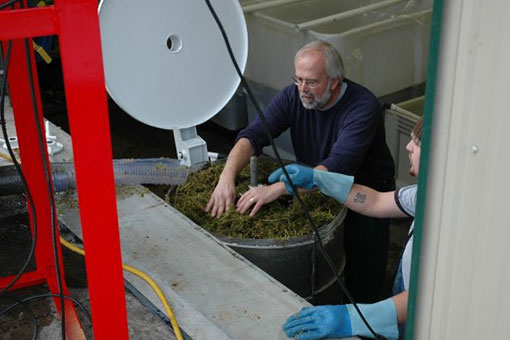